Collingwood Fours Hockey Tournament in Support of the Rotary Club 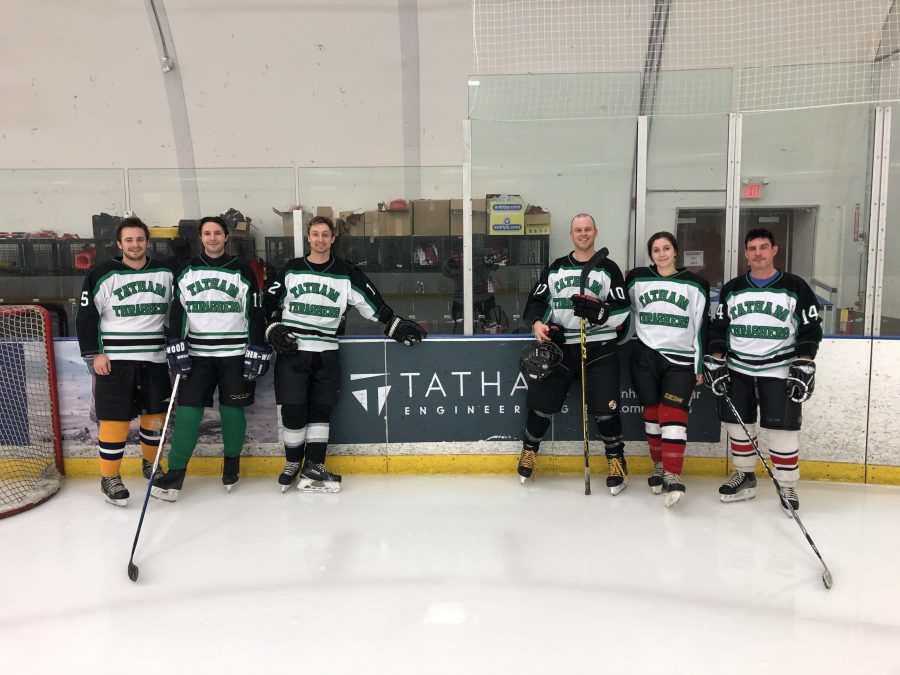 It never fails that the Collingwood Fours Hockey Tournament falls on the coldest weekend in January, and this year was no exception. On January 17th, 2020, the Tatham Thrashers hiked up their long johns and laced up their skates before setting onto the ice for the 6th annual tournament in support of the Rotary Club. Our team was lucky enough to play the first four games on the outdoor rink on Friday before moving inside for Saturday’s five games while the weather worsened. Out of 20 teams and 180 players in the tournament, the Tatham Thrashers were the only team to have a female player! While we didn’t make it onto the trophy this year, the real winners of the event are the Rotary Club, which raised over $5,000 from this fun community event.